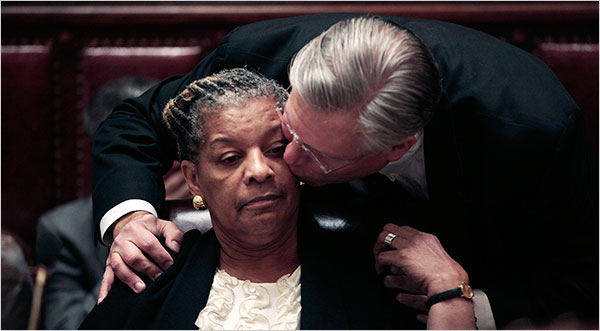 When you are a New York State Senator (Thomas Duane) and one of your colleagues (Sen. Ruth Hassel-Thompson) supports your bill you have to show your gratitude…I guess.

But the bill to establish gay marriage in New York went down in flames by a 38-24 vote. For the foreseeable future it’s dead. Story in The New York Times.

It’s also a defeat for Governor Paterson who lobbied hard for it.